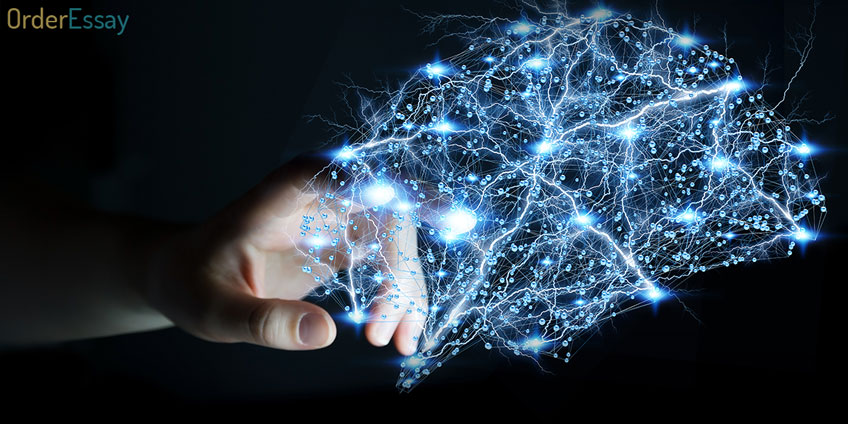 "Have you heard that we use only 20% of our brain?" – Eddie Morra, the writer-loser from the American thriller "Limitless" (2011), is asked by a friend, offering him that fateful pill." "With this, you can use your whole brain." Having taken the drug NZT-48, Morra indeed transforms. Having learned to use all his cognitive abilities, he mastered the piano for three days, in four – he completed the book and soon became a millionaire.

In "Limitless," it is shown the consequences for a man that convinced him/herself that he/she has the most complex mechanism in the whole Universe and that this mechanism certainly must have the corresponding colossal potential.

Recently, in the United States, various drugs have become known. They increase the effectiveness of the mental activity. They can be stimulators, such as modafinil, or amphetamine-type drugs (in the United States, they are often prescribed under the trade name "Adderol") and methylphenidate (also known as Ritalin). As it is often reported in the news, students start taking these drugs to improve their school and university performance and then, after growing up, continue to use them at work.

But do drugs really produce the effect that an advertisement promises? Can they make us all smarter or help us learn better? Or is it better to wonder what these drugs can and what cannot?

Cognition includes a number of mental phenomena, such as memory, attention, and executive functions of the brain. In order to truly improve mental activity, the drug must influence on executive functions that are responsible for higher-order thinking: reasoning, planning, focusing on important information (and distraction from irritants that are not important), as well as thinking about actions instead of following an immediate impulse or instinct.

When we force ourselves to count to ten, instead of spitting out the words about which we can then regret, we engage our executive functions. They allow us to act morally, and it is about them we remember when we reflect on what makes us human.

However, all these concepts are rather abstract. Between them and our understanding of how the brain functions physiologically, there is a big gap, a "blank spot" – and exactly in this blank spot, the drugs improving mental activity should act.

Amy Arnsten, a professor of neuroscience at the Yale School of Medicine in the United States, studies how a set of brain cells works providing a higher cognitive and executive function, which she defines as "the ability to think about what does not affect the senses at the time. This is the basis for abstract thinking, it assumes the representation of our future goals, even if this future comes in a few seconds."

Such representations are formed in the prefrontal cortex of the brain – this process is the basis of Arnsten's work. "Representations arise in the prefrontal cortex due to the action of pyramidal cells – they actually have the shape of pyramids." The cells stimulate each other and therefore function constantly, even if no information comes from outside that could stimulate the process,” she explains.

Certain types of chemical effects can completely derange this system, thus cells will be able to no longer stimulate each other. "It happens when we are tired or very worried." Such substances as caffeine and nicotine activate the neurotransmitter acetylcholine, which helps restore the system; so people drink tea, coffee and smoke cigarettes, "trying to bring the prefrontal cortex to optimum condition." 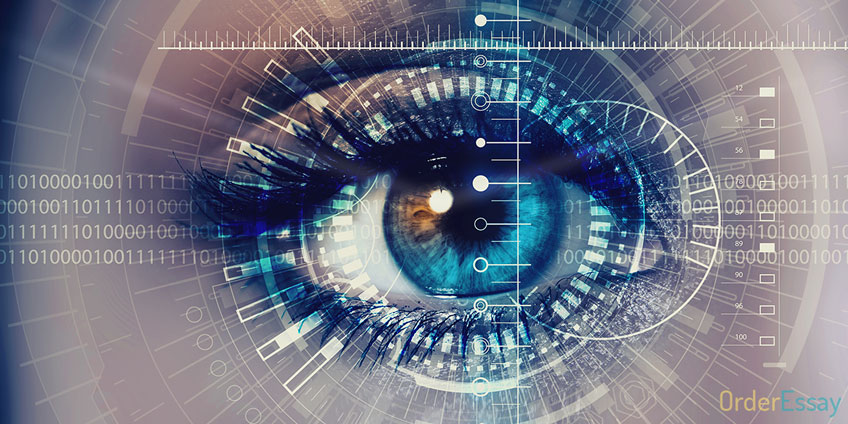 Broadly speaking, this is an improvement, but technically, it is about optimization. "People think that these drugs are the same as steroids for athletes," says Arnsten, "but this analogy is incorrect." Steroids contribute to building-up physique, and drugs that improve mental performance do not improve the brain, but simply bring it into an optimal chemical state. They cannot turn a Neanderthal man into Einstein."

The use of such drugs by students raises controversy over whether the "medicamentous" method of studying is a scam and whether it compels classmates to also take medications to keep up with others.

At the same time, some researchers argue that these drugs may not directly affect mental activity but simply improve a person's mental state, making a working process more enjoyable and effective.

"I see no sign that they improve intellectual activity," says Martin Sarter, a professor at the University of Michigan (USA). He is convinced that the effectiveness of these drugs is built on the ability to suppress fatigue and boredom. "Most of these tools simply help focus," says Steven Rose, professor of sociology at the Open University (UK) "For the learning process, they are of secondary importance."

In 2013, an American student, in a conversation with the researcher Scott Resco, described his condition after taking a stimulating medication: "I remember that I read one book and then another, and when I began to do the writing, I began to trace the links between the books and even enjoyed the process. "This has not happened to me before. Usually, I had to order all my essays on this website https://orderessay.org/essay-help "

However, this does not mean at all that all drugs that stimulate mental activity – both the existing and the future ones – are harmless. The brain is a complex organ. Trying to improve it, we run the risk of breaking its balance.

"The point is not to get as much as possible, but to get exactly what is required that is very difficult," Arnsten said. "What is useful for one system may be harmful to another," adds Trevor Robbins, a professor of cognitive neuroscience at the University of Cambridge, UK. "From the literature describing the results of the experiments, it goes that pharmaceutical substances can affect memory; the task is to make it safe."

Tablets always mean troubles – in the laboratory, in the real life, even in the film "Limitless." Cons, in fact, are unavoidable: a drug can affect a particular cognitive function at the cost of harm to other functions. To improve one of the elements of cognitive activity, it is necessary to provide resources that would otherwise be available for other of its elements.

"Enduring focusing leaves a trace," says Sarter, "at this, one does not only notice minor details, which may be very important, but also activates the corresponding internal process – along with the narrowing of the scope of attention, the range and scope of associations that can participate in thinking activity reduces, too".

In many circumstances, this may not be justified. But for those who do not need to reflect on the meaning of life, for example, air traffic controllers, the technique of focusing attention can be useful. 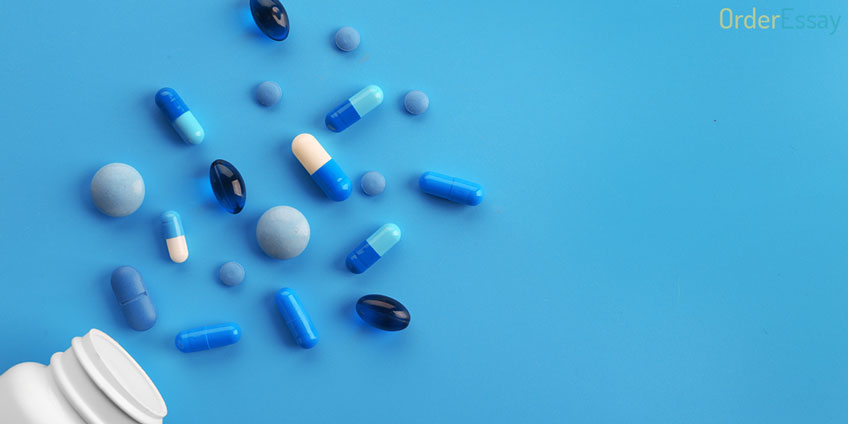 Forecast for the Future

So, is there the future of drugs that stimulate mental activity? Some scientists express optimistic judgments. Gary Lynch, a professor at the UCSF School of Medicine in Irvine, USA, argues that recent advances in neurology have cleared the way for an "intellectual" development of drugs aimed at specific biological functions of the brain. In his opinion, "the solution to the problem of improving memory is not far off, "although it is very difficult to predict the prospects for improving other types of mental activity ... It seems to me that this is inevitable, but when – that is the question."

Speaking of the near future, Lynch points out the agents directed at nicotinic receptors (molecules that affect the receptors of neurotransmitters under the influence of nicotine) as potential new stimulants of mental activity. Sarter agrees: a class of substances called agonists of nicotinic receptors ?4?2 * appears to have an effect on mechanisms that control attention. Among all known substances at the moment, they, in his opinion, "meet the criteria for a real impact on the cognitive process" at best.

However, Sartre is skeptical about the prospect of creating a medicinal product based on such substances. According to him, the pharmaceutical industry loses interest in drugs that improve mental performance, "because these drugs are prescribed less often, and it is this segment of the market that stimulates research and development." Pharmaceutical companies did not consider even the market for the treatment of attention deficit and hyperactivity disorder in the adult quite large and attractive."

In a note published in 2002, Rose writes that once, piracetam as the drug for improving mental performance was widely advertised. Piracetam still has its supporters, but today this name rather serves as a reminder that potentially effective medicines disappear as quickly as they appear. The only thing left for us is traditional methods.

"A lot of clinical studies have been done on a variety of substances and they did not work at all," says Sarter. Desperate to get results, pharmaceutical companies began to close up their research programs in the field of psychiatry. Traditional methods, for example, the synthesis of new molecules and the study of their effects on symptoms, seem to have exhausted themselves, and a new strategy based on genetics and the processes (taking place in the brain) studying looms large on the horizon.

Because of the dramatical change of strategy, humankind has to wait for new miracle drugs even longer – until all the new systems are debugged. At the same time, no one guarantees the result.