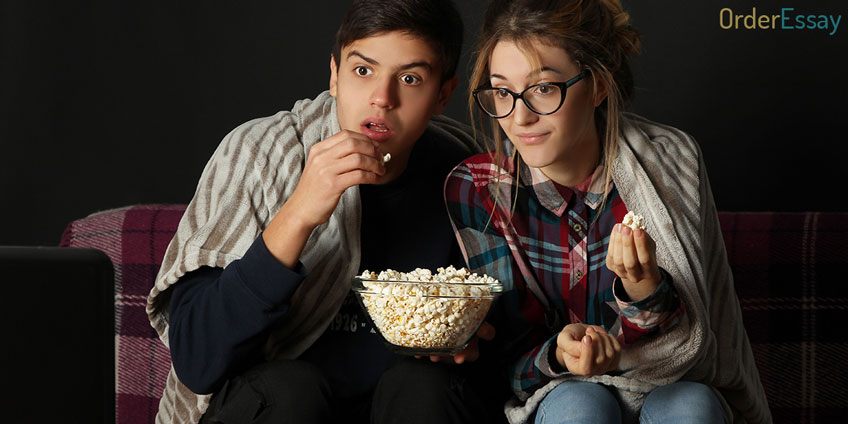 Netflix was founded in 1997 by Reed Hastings and Mark Randolph. The entrepreneurs started a business together; however, Hastings’ part was more important undoubtedly, as he was not only a good specialist but an excellent businessman, who remains “the boss” of the company until now. Both founders had some business in IT sphere before.

Interested in writing a paper on Netflix or looking for an essay about a corporate culture? Then, visit this webpage orderessay.org/essay-writers.

Netflix started as a DVD-by-mail company. The founders noticed a big possibility in the video rental market regarding the inconveniences of current rental services. They invented a new method for video rental which lies in sending DVDs via mail. Now you don’t have to go to the shop to get a film or series for some time, as you can make the internet order at home and receive it without any efforts.

The business was doing good. Since 1997 a secret wizardry of competent management and a splendid corporate culture made an internet giant (83 million customers and $42 billion capitalization in 2016) out of 30 men staff and 900 DVDs. Now the service is available all over the world (except North Korea, China, and other related folks) and makes its own movies and series which create a worthy competition to such TV monsters as HBO, Starz etc.

The Corporate Culture Itself:

Netflix’ corporate culture has been creating and evolving since its foundation and until now. During its existence, there were composed 5 main rules which are used everywhere in the company management:

The Policy of Grownups: More Curious Facts for Your Essay

Netflix is famous for its corporate culture and management now. Patty McCord co-wrote a report that has become fabled – a 126-page presentation that shows the in-company culture of the firm. Here are some interesting abstracts of it:

To generalize Netflix’ policy on employees, we may only say: they treat them like grownups. Netflix’ corporate culture is designed to divide the processes, to expand employees’ rights and opportunities, to trust them so that they are able to make decisions like adults. Such way of attitude to the subordinates made an incredibly good influence on business. Their management style is worthy of being an exemplar.

Creativity is extremely valued in Netflix. Netflix hires “outstanding” employees only. There is no room for adequate at Reed Hasting’s video streaming company. “Those hires often lead to generous severance packages,” says the CEO of Netflix. McCord provides evidence that creativity is the most important asset in an employee. “In creative/inventive work, the best is 10x,” she writes in the deck.

Generally, Netflix’ corporate culture is really efficient for the business sphere they deal with. It proclaims freedom and adequacy in actions and decision making, which helps to react quickly, toughly and successfully. Also, their HR policy makes millions of people crave to join Netflix team.